Nika Simovich Fisher
I first noticed it on 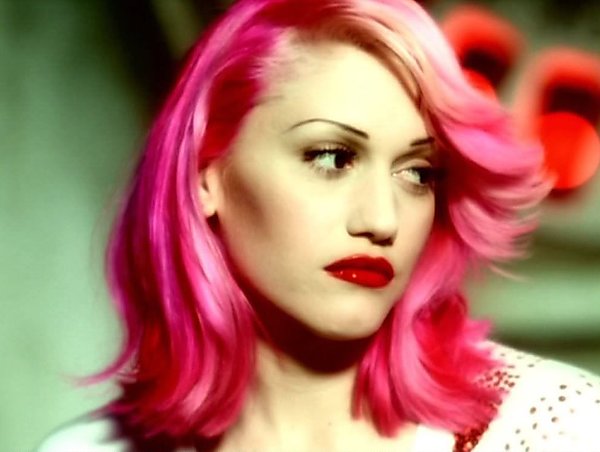 Gwen Stefani during her Return of Saturn heyday. It was a vibrant, punk rock shade of magenta that signified irreverence and a madcap beauty that stood out against the bubble gum pop backdrop of the early aughts. Twenty years later, it’s everywhere. 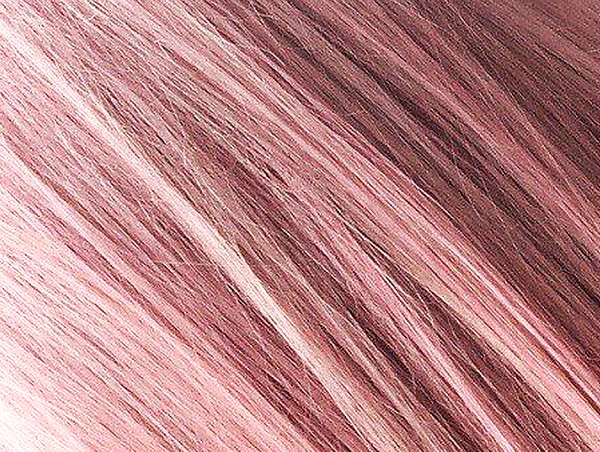 Cotton candy-colored locks are eye candy. Optical symphonies naturally attract us – think shiny, iridescent surfaces that reflect a spectrum of hues. Show anyone a sheet of 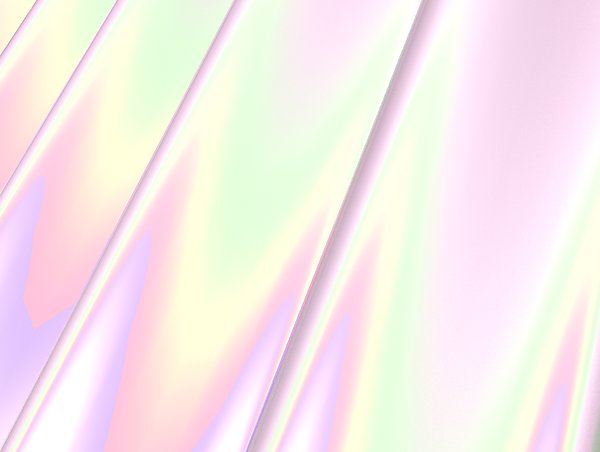 holographic foil paper, and you’ll be greeted with, “Ohh! It’s shiny!” or simply, “I love it.” Pink hair is the same way. In The Toys that Made Us, a Netflix show that explores the histories of iconic toys, My Little Pony’s creators described a product test between ponies in realistic shades of brown, grey and white and fantastical ponies in imaginative, pastel hues. Children played with both toys, and they overwhelmingly preferred the pastel ponies 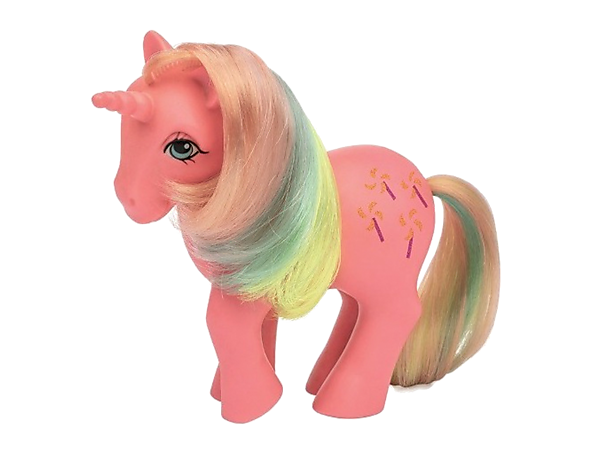 . It’s inexplicable but true – we’re visual creatures from day one.

This past decade has exposed our visual nature. Communication has evolved to 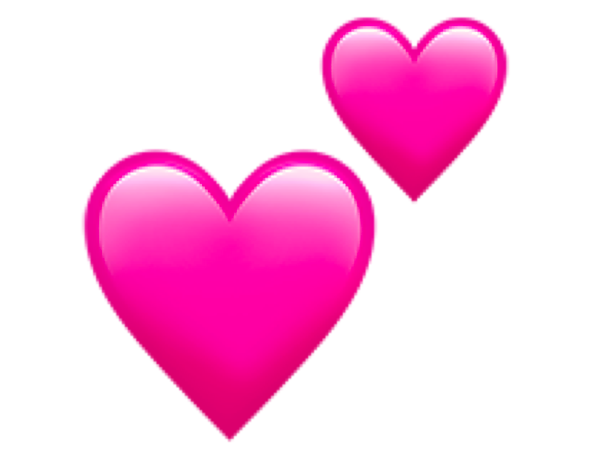 emojis, memes, and video driven snapchats and stories. With Tumblr, the re-posting of visual assets multiplied and quickly became commonplace. Sharing images solely based on aesthetics and gut instincts became the lay of the land and unknowingly transformed teenagers into young people informed by decades of uncategorized visual culture at their disposal. This lead to an eclectic mash-up of worlds in dress, references and music. Something about this oversaturated online environment evolved into an aesthetic that feels at once nostalgic and futuristic – cue the pink hair. 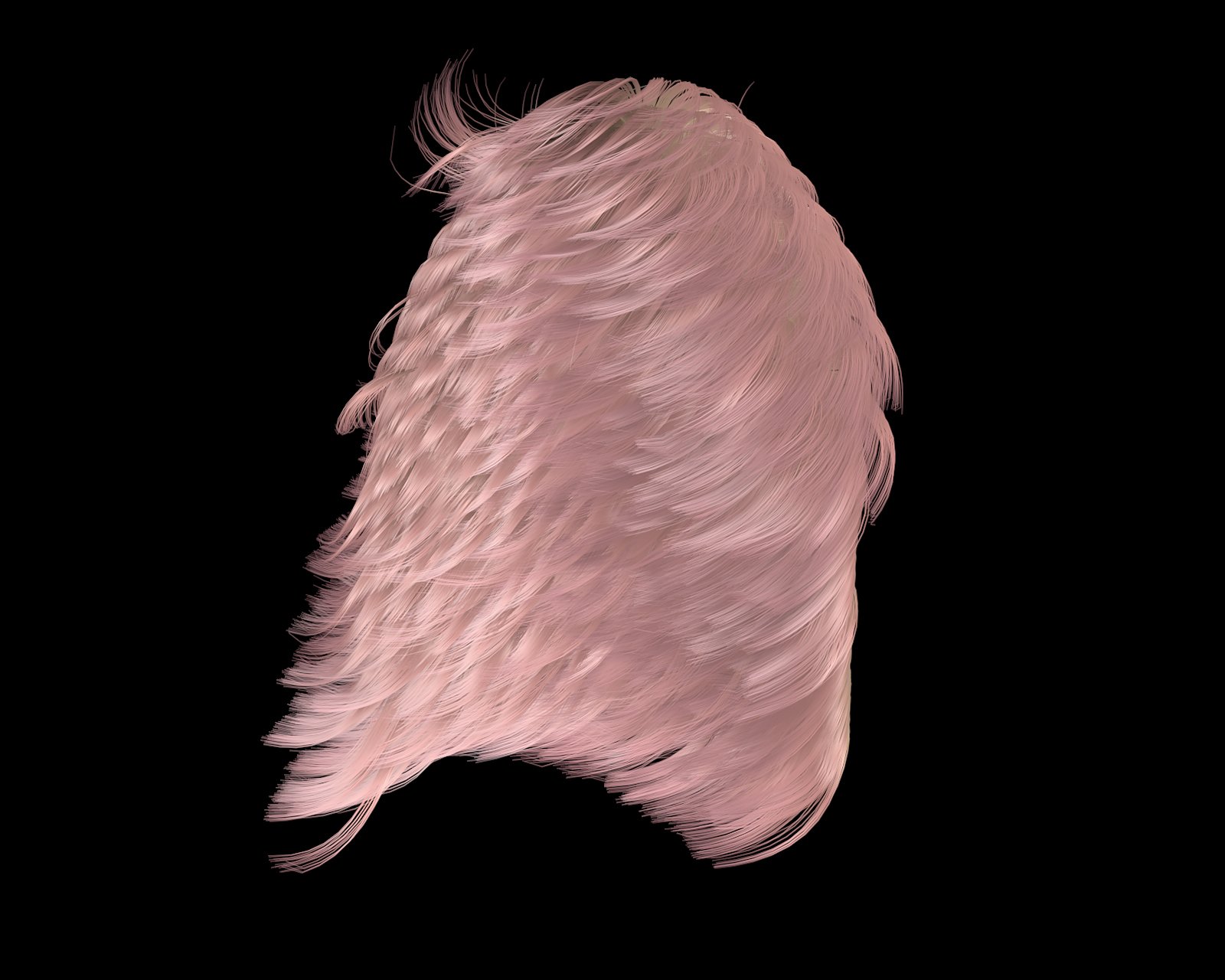 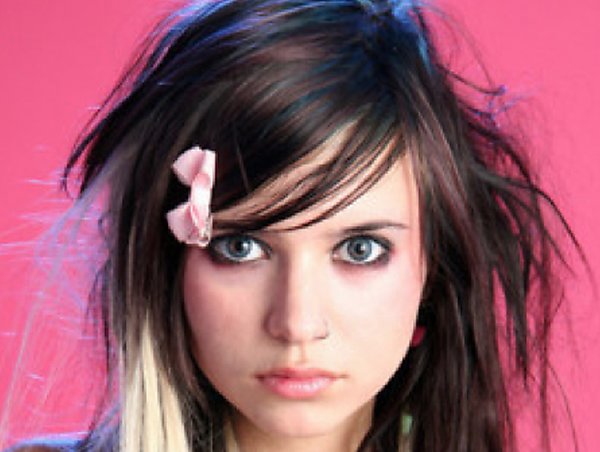 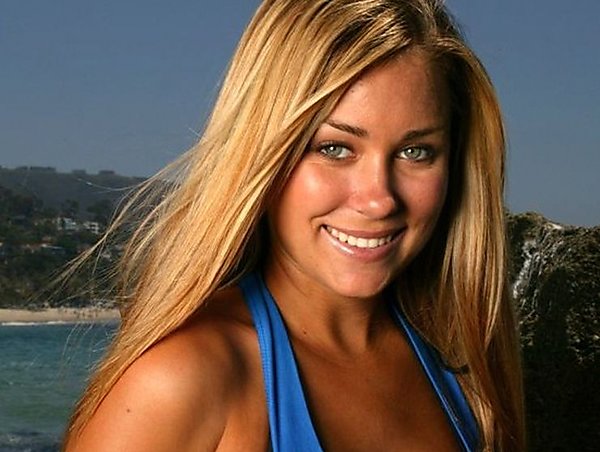 Laguna Beach fans (an essence of “chill,” a blank disposition and streaky blonde highlights). The 2010s Tumblr persona was for everyone. The line between counterculture and the basic bitch blurred and flourished into an aesthetic that signified acceptance and self-direction. Want to know how to contour your face? 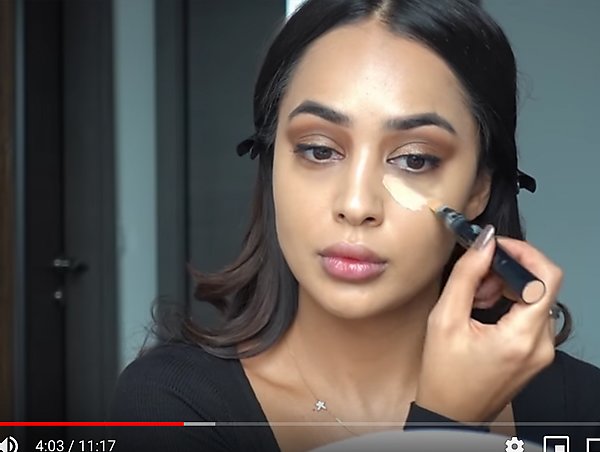 There’s a Youtube tutorial for that. Think you’re an expert at something? Build a channel to broadcast your thoughts. This access to information is liberating. As trends ebbed and flowed, the social diaspora responded at the speed of the like button. We became accustomed to this changing dynamic and as a result, felt free to experiment with our own image.

Pink hair signifies acceptance and change, but is it always sincere? As internet culture permeated into everyday life, so did the idea of wokeness. Initially an output of #BlackLivesMatter, an international activist movement highlighting the violence and systemic racism towards black people, wokeness became a ubiquitous slang term that indicates an awareness of any current issues. Instagram accounts like 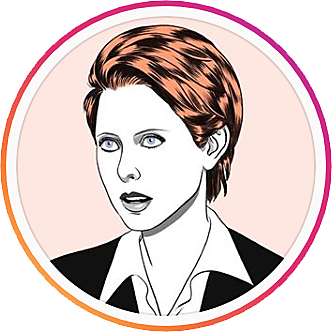 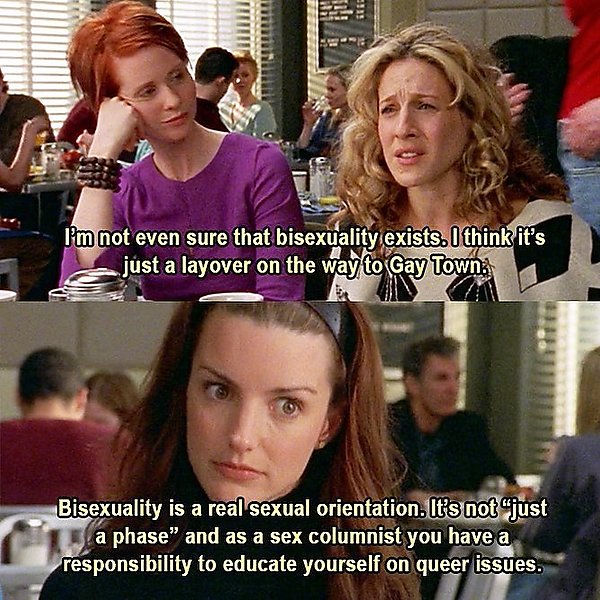 These viral memes reflect our changing values, and they inspired many positive changes in the past decade. As these issues started attracting their well-deserved attention, advertisers jumped on the opportunity to speak to Millennial and Gen-Z audiences by overtly celebrating these causes through sharable clickbait graphics, often stylized in friendly, pink, Memphis-inspired aesthetics. Suddenly everyone became a political activist, and sharing this type of content was enough to establish your solidarity with these movements. Pink hair is an expression of that dynamic. While originally a Tumblr trend which emphasized the spirit of self expression, it became a quick way of indicating that not only are you up to date with beauty trends but that you’re culturally informed and politically engaged, too. While these social changes are incredible, I worry that simply re-sharing a graphic or dying your hair is not enough action and sends a false message of progress. 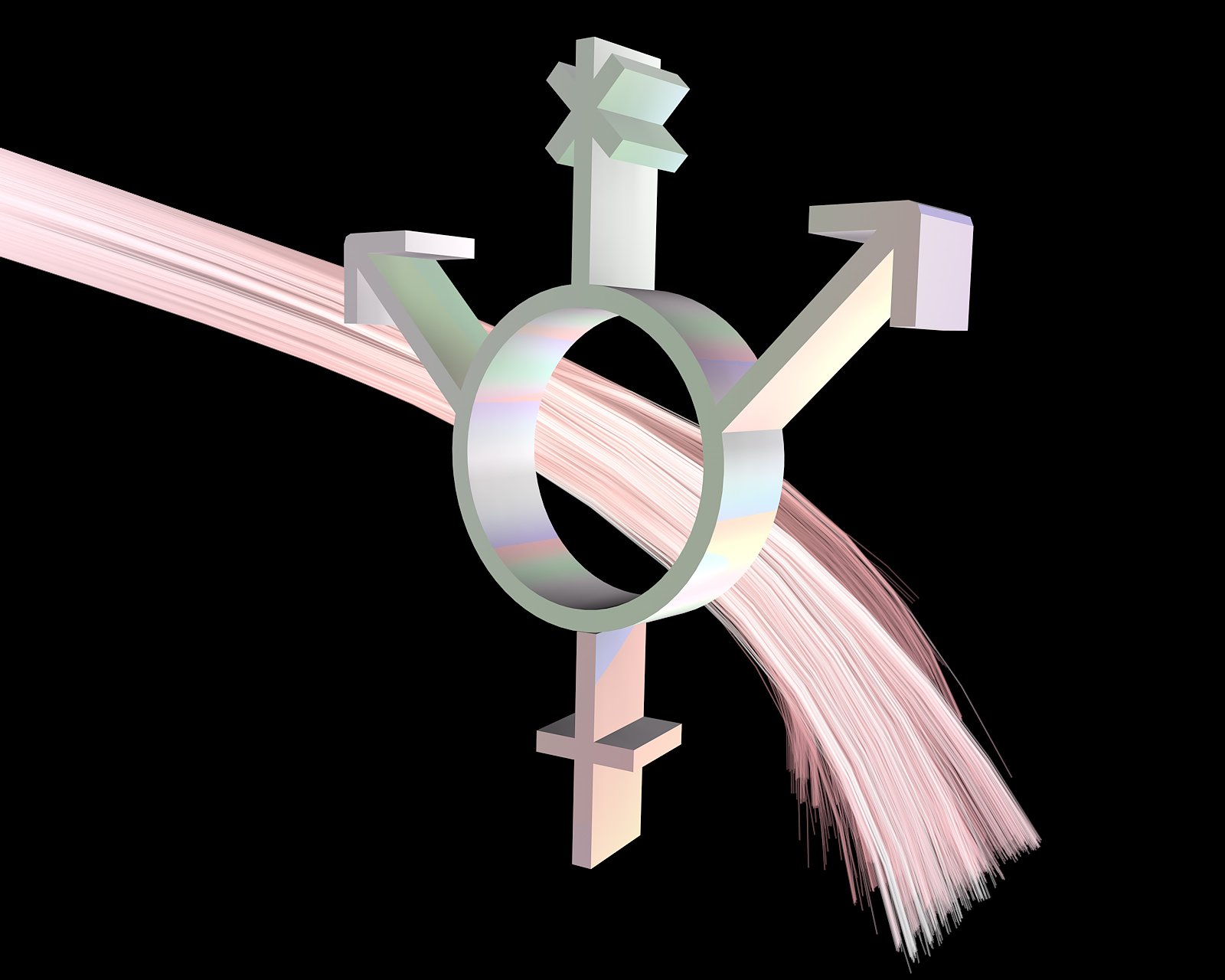 In 2005, I saw a boy in my high school wearing a t-shirt that read “It’s not pink – it’s light-ish red.” Intended to be caustic, this stupid graphic tee reflects the passé associations of pink the color. This t-shirt implies that the wearer, a pimply teenage pundit, would never be caught dead wearing a garment associated with one facet of femininity. I understand the intended irony, however it’s hard to imagine anyone wearing this t-shirt today. Tumblr and the internet at large pushed away from familiar gender norms and embraced non-binary peoples, cultivating a diverse community reflected in our current social climate. This shift embodies the spirit of pink hair, which frequented the heads of 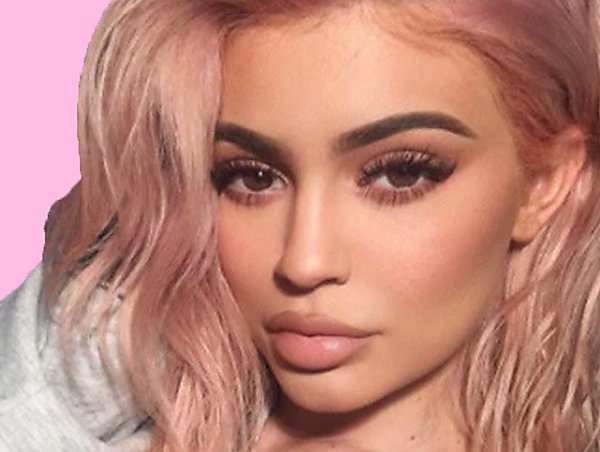 female celebrities aplenty, but also along male counterparts such as 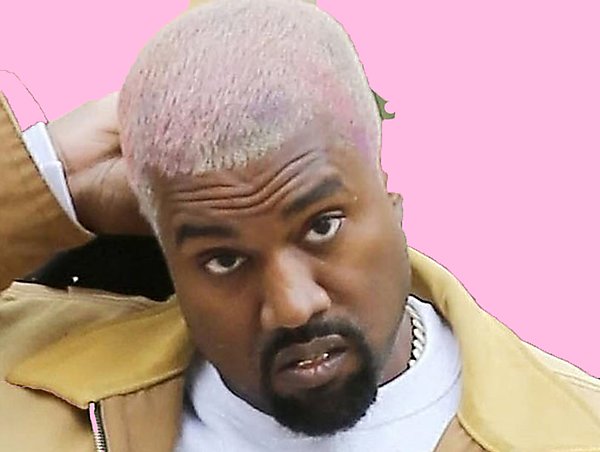 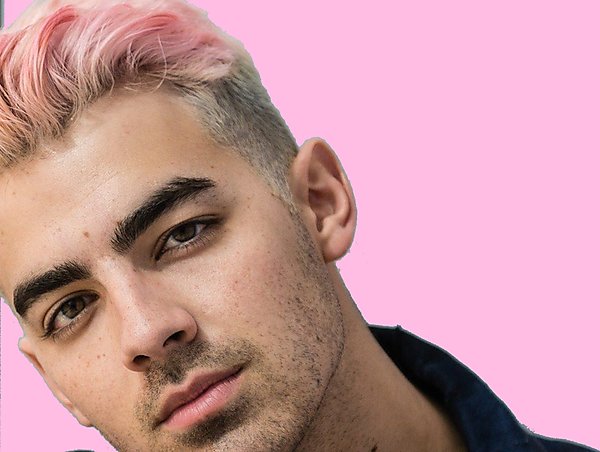 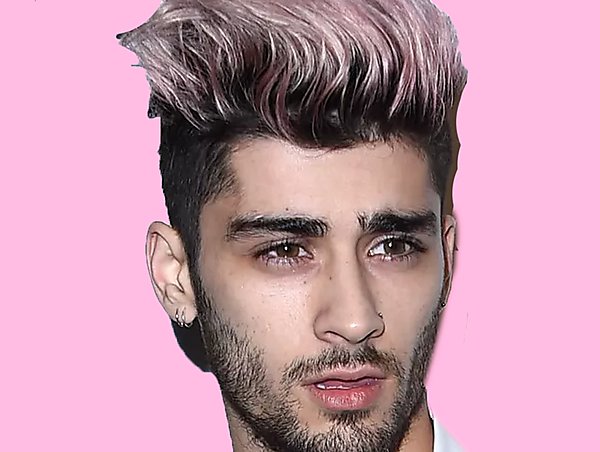 Zayn Malik. These colorful hairstyles are a visualization of the progress and shifting gender attitudes of the 2010s. Pink is a highly gendered color, but pink hair is genderless and beautiful.
Connections
Squishy, Slimey, Satisfying
Trudy Hoang
Trudy explores tactility in her analysis of the slime phenomenon. Both of our posts relate to visceral aesthetics that reflect our visual nature.
The Deep-Fried Post: An Exploration of Social Media Authenticity
Chris Chu
Chris’ article about deep fried images explores the social impact of “bad” images. Our posts share a theme of trends originating on Tumblr.
The 2010’s Return to The Occult
Adelai Evans
While pink hair has become a ubiqutious trend, there’s something inherently ethereal and majestic about it. Adelai’s post about the commodification of astrology also contributes to this otherwordly vibe apparent in the past decade.